The complex of the self and the soul in Norse mythology and tradition is a quite complicated topic, with various ties to other Norse concepts and parallels to other spiritual and cultural traditions. The following text is my personal view based on original Old Norse sources Eddas, sagas, modern interpretations of the same and my own personal experiences and world views, which were shaped during my personal practice, studies and art.

These concepts are also the inspiration for the upcoming collection, so stay tuned!

Lyke is the physical body, the vessel that houses the other parts of the soul in this material world. It is the flesh, bones and blood. Together with Hamr it makes the form and appearance that we and others perceive of ourselves.

Parallels Lyke could be connected or associated with the root chakra,

Hamr is the shape and skin of the material body. It is the shape and form the soul has when it leaves the Lyke - during dreams and astral travels and would be the closest thing to what modern spirituality would call the soul. Hamr find the/a Lyke during conception and helps shape the final form of that physical body based on its own appearance. It also plays an important role in the Norse concept of shapeshifting and it is possible to change of modify the appearance of the Hamr with continuous intention and work. Many of such changes can however have an effect on the Lyke, as these two bodies always mirror one another.

Önd is the vital energy, breath and life-spark. In my personal view it is that, which distinguishes life from death, animateness and inanimateness (see lat. anima, vitalism). A plants Önd is sacrificed to provide healing or nourishment. It is also the literal breath of a person or animal (or plant) and in a figurative sense it is the power to transform and create change, the same way our lungs transform oxygen into carbon dioxide. This power, which is present in oneself, but also in landscapes and sacred places is one that lends itself very well to use in magic and ritual.

Paralells Especially in the case of Önd of landscapes, environments and sacred spaces an interesting concepts to look at are genius loci, landwights and geomancy. In regards to lifeforms and entities, a similar connection could be found in creation of servitors and thoughtforms, as the giving of “life” or “agency” could be viewed as the gift of Önd, breath and life. Consider a connection to the sacral chakra.

Hyge and Minni could be considered as two parts of a single concept - the mind. Together they create a personality and character, the ability to grow and learn, feel emotions and take action.

Hyge - Thinking mind Hyge is the conscious part of the mind, the racio. The part of the mind that is capable of thinking, feeling and processing emotions. It is where our personal expression comes from as well as awareness and decision making. Thought itself however, can have impact not only on the individual, but can also (especially in the magical sense) impact the subject of said thought.

Minni - Subconscious mind Minni is the depth, the memory. It is where the buried things, remembered things and forgotten things sleep. It is where our Shadow self dwells, too. Minni can be accessed in deeper trance states and in meditation and is especially useful in some magical workings.

Paralells Hyge and Minni are personified in Odin’s ravens, Huginn and Muninn. Consider this stanza From Grímnismál: Hugin and Munin Fly every day Over all the world; I worry for Hugin That he might not return, But I worry more for Munin.

Losing Huginn would mean losing rationality and capability to think and live in the moment, effectively becoming insane. Losing Muninn would mean becoming devoid of memories, experiences and growth and the ability to create new ones, becoming forever stuck. Another parallel or comparable concept could be the Freudian ego and id or Jungian anima and animus. Working with ones Hyge and Minni could also be useful in shadowwork or chaos magic (see gnosis, sigils, or paradigm shifting). For Hyge (and Minni to a degree), a connection to the throat or third eye chakra could be explored, as the centers for expression and thought.

The concept of Hamingja may the the one part that is the most foreign to modern thinking. Though we may call it luck (be it good or bad luck), Hamingja itself does not however deal in chances or lucky breaks (when it comes to who and when will become lucky on unlucky). It is instead more tied to one's lineage and family, and can carry over to their descendants. Based on (for a lack of better word) wealth, merit and accomplishment, one (or their family/lineage) may accumulate or loose their Hamingja, or can even lend it to others if needed. In essence of Hamingja is generally the personal power, fortune and energy of the individual and can also serve as the source of power for one’s Fylgja.

Hamingja could be compared with the concept of karma, with the difference that karma is tied to the individual and their soul and gets carried over to that individuals incarnations, there Hamingja is tied to lineage. If we admit both to be true, Hamingja, karma and reincarnation - upon an individuals death and reincarnation somewhere else, that individual would take their karma to their new life (as well as their Hamr and possibly Fylgja, Gydja and Ödr), but would be born with the Hamingja of their new family, leaving the original one behind. On a side note, Norse traditions and concepts are very deeply rooted in family and lineage, and as such, if both concepts were applicable, the probability is, that that individual would be reborn in the same family line, carrying over their personal karma and inheriting the original (and probably evolved with time) family Hamingja. As the part that is personal strength and power, a possible connection with the solar plexus chakra could be considered.

Fylgja means follower and is the (often but not always) animal companion of the individual, which shares a part of their soul (Hyge and Minni most often). As such it has a degree of its own will power and agency and can act somewhat autonomously (for instance appearing in other peoples dreams, walking in from of the individual to scout the way or guarding them) . The character and appearance of the Fylgja is closely tied to that of their owner / mate. Fylgja can also play an important role in astral travel or travel between the Nine worlds, serving as vessel for the Hamr, or is the form the Hamr takes while travelling.

Parallels I am using Spirit guide as translation for Fylgja instead of the literal “follower” because the concept of spirit guide or even totem animal in some traditions is very similar to that of the Fylgja, although again it has to be stressed, that like Hamingja, the Fylgja is more closely tied to the individual and their lineage, and although they can be lent, passed on in the family or lost, I am unsure whether it is possible to change or switch ones fylgja based on personal need or change in personal journey.

Gydja (or Godi) as it usually is with such concepts is difficult to grasp sometimes. It is the superconscious part of the self that is aware of the greater good and our best interest, it is what remains unchanging and true to itself, while Hyge and Minni grow and evolve, the Hamr changes or the Lyke grows old. Being in touch with the inner Gydja means listening to one’s intuition and following a higher purpose in life, opening innate psychic powers and sight.

Parallels Gydja, along with Ödr, are very close to the concept of the immortal soul in the Eastern traditions (and the Judeo-Christian soul as well). Gydja could be associated with the crown chakra. See also the New Age concept of higher self, especially in regards to divination and self development.

Ödr would probably be best described as the part of the human soul we inherited from the gods, when they created us, in the form of Höenirs gift of “ödhr”, it is the part of us that is no longer a part of a “self” and which is in essence “selfless”. As such, ödr is more a state of existence than a part of the soul. It is the ultimate awareness and consciousness and it is the link by which we experience divinity.

Parallels Compare the state of Ödr to the Hinduist concept of enlightenment or atman or the Buddhist concept of nirvana, considering the related word root “öd” which is in case of Óðinn often translated as “ecstasy”.

Consider a possible connection to the Zeal chakra (or Mouth of God), or crown..

For now, this is all I can muster, consider this a brief (!!!) introduction to the concept of the upcoming collection.

The new collection Norse soul will be first debuted on the SjálfR exhibition in Prague.

When I can, I will update the list of sources, citations and interesting articles with further reading.

Interesting and wholesome lecture (part 1 of 4) as an introduction to Norse paganism:

How to get started with incense, smoke cleansing and burning or herbs 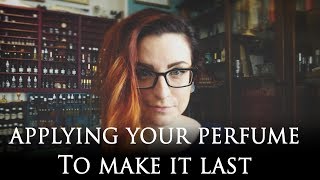 NEW VIDEO: How to wear your perfume?

Essay on Celestial spheres, planetary magic and my craft

How to get started with incense, smoke cleansing and burning or herbs

My personal perfume stash and the importance of variety

All the new and shiny things in June!

NEW VIDEO: How to wear your perfume?

Personal perfumes, scent marketing and the first lie in history

This is how I want you to feel